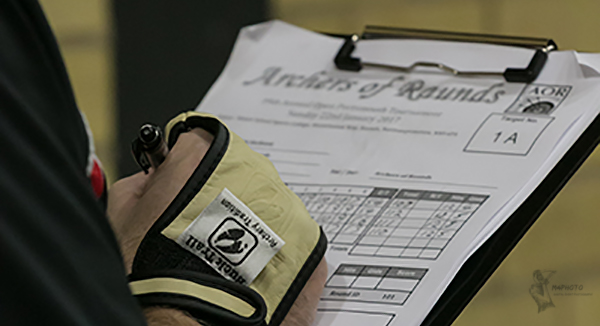 The Archers of Raunds Open Annual Portsmouth tournament is one of the highlights of the club’s indoor calendar.  The club usually hosts three Portsmouth rounds during the day, giving archers of all abilities and ages a chance to undertake a single round, a double round and for the most ambitious amongst us, the gruelling triple round.

The preparations for the event began well in advance with Richard (our tournament officer) putting in a lot of hard work promoting and organising the event. Then the work to setup the hall started on Saturday which meant cutting short the usual shooting session. The setup was quick and painless thanks to Geoff being able to take this role on with his eyes closed, one arm tied behind his back and singing … well I don’t know what he sings really, but you get the point – with his guidance and a good AoR crew around him, the laying out of the hall was quick and easy.

The big day arrived which meant an early start. The first task for most of us was scraping ice off of the car and for some a long journey as well.  However, Leza soon had the bacon sizzling to warm everyone up and the smell wafting through the hall. 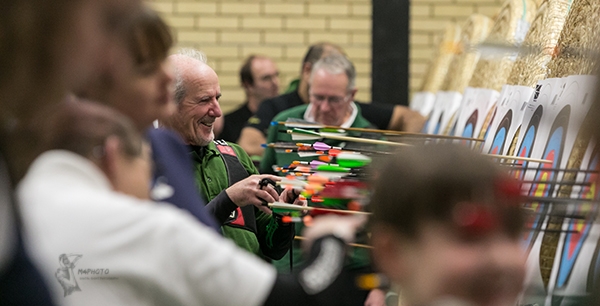 The assembly for the first session was just before 9:00 and Martyn opened the address with a welcome and the usual housekeeping items.  He then handed over to Heather and Val who would be our brilliant judges for the day.

Session one passed with some very competitive shooting, smiles, some frowns and a few reports of personal best scores being placed during the session.  Session two and session three passed in a similar way with Geoff only being called on for a couple of equipment failures, the day just ran beautifully.

After the final round was shot, Richard cracked on with collating the scores while the AoR team packed the shoot away.  With the raffle completed the awards were presented with Ruby as our Lady Paramount and then people went on their way – hopefully happy and satisfied with their achievements through the day.

A few interesting things to note 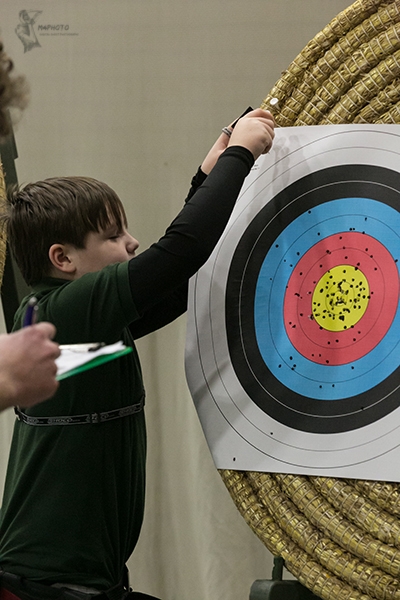 Young Archie really puts the time into his archery and his performance really showed during his amazing triple round shoot.  He left with a raft of medals and the Junior Gents trophy, but the highlight for him was shooting alongside high flyers Ruby Paul and Brad Denny.  Brad (Archie’s idol) surprised most of us by joining the shoot for one round and then went on to shoot all three.  It made Archie’s day and I even caught him on camera taking down the target face that he and Brad shot on.  It’ll be a wonderful keepsake and thanks goes to Brad for making a young man very happy indeed. 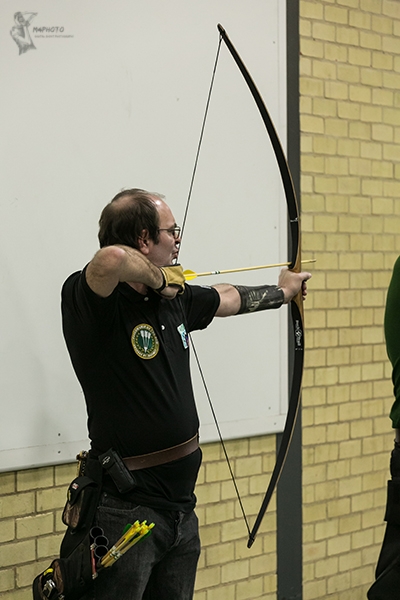 Towards the end of the event I also learned that Kevin had been shooting a very (VERY) special bow and set of arrows.  A little over a year ago, the club lost a great friend and supporter.  Phil Rhodes was one of those guys that was always ready to help despite having not been well for some time.  Kevin and Phil became great friends and often traveled to clubs to shoot together.  When Phil sadly passed away, he inherited Phil’s bow and arrows and during session three Kevin shot Phil’s bow and arrows in memory of his friend.  A fabulous gesture as I am sure everyone will agree.

With four national champions and at least one NCAS past county champion shooting in the room, the competition was going to be tough.  As a result, I heard of many personal best scores being posted throughout the day and some being broken more than once. With the recent rule changes each round now counts and any of the rounds can count as an archers best score. 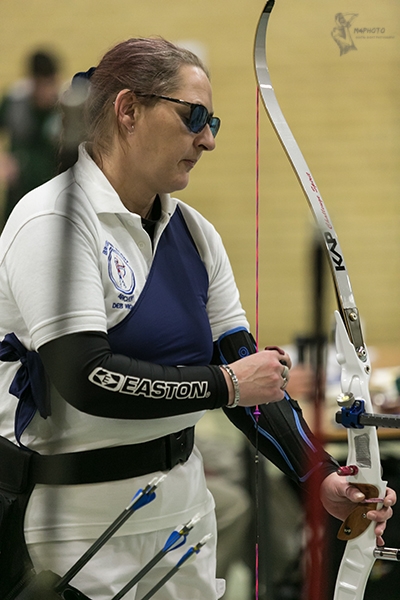 In addition, I’ve also heard that a national record might also have been broken, not once but twice during the event.  Congratulations to Debbie on that amazing achievement and I look forward to hearing about that being officially confirmed in the fullness of time.

It was also great to see so many archers undertaking their first tournament with us.  I’d like to thank all of you for joining us and supporting AoR and we look forward to shooting with you and welcoming you back in the near future.

Martyn, from M4Photo was also on hand to capture a few hundred images from the day.  For those of you who attended, those images are now available from www.m4photo.co.uk in the Archers of Raunds gallery.